Let's Have A (Bachlorette) Party! 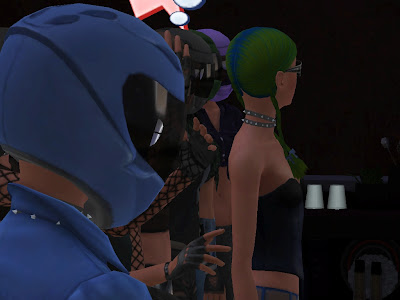 "THIS IS YO' BACHLORETTE PAR-TAY!!!"﻿ The women cheered as they let me down, taking off their helmets, who I discovered to be my bridesmaid friends. "This is it?" I say, looking around, a little surprised that they chose a nightlcub. "Yea," Natalie said, "we built it outside of your house." As you might have guessed, I was not happy to hear that. "Don't worry..." Becks came over, "you won't be here long." I was deeply confused, "Why?" 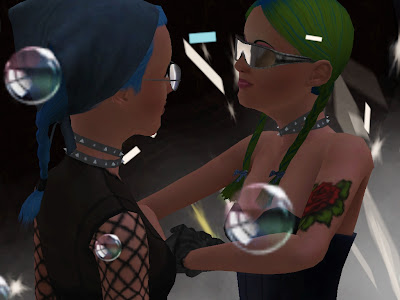 "Well..." Chloe said, "We scrapped up some money to give you this." She shoved a paper into my face. After reading it, I realized that it was the vertification to the ownership of a small island some miles off of New Jersey. "You guys bought me an entire freaking island?!" I say, with defined excitement in my voice, "Thanks!" "It's our bridal shower gift to you." Della exclaimed, "Now let's just throw a damn fine party!" 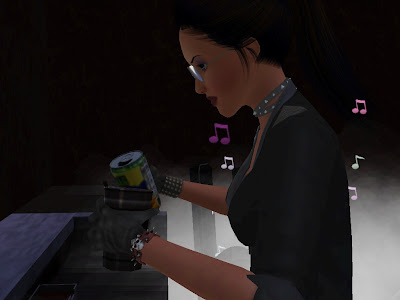 Della quickly rushed over to the bar area and made some drinks as I noticed Ande all by herself playing shuffleboard with no one. 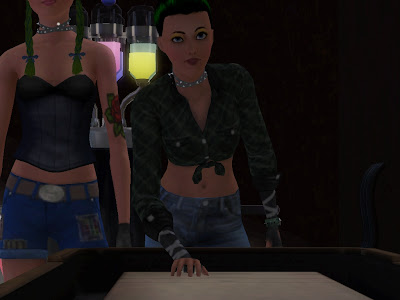 What's wrong, Ands?" I ask. She sighs, "I just don't like clubbing, that's all. Bad experience, especially here in Bridgeport." I give her a hug, "Ande. This is a private place. Nobody's gonna kidnap you! I wouldn't let it happen again!" She sighs, "Okay.... but protect me." 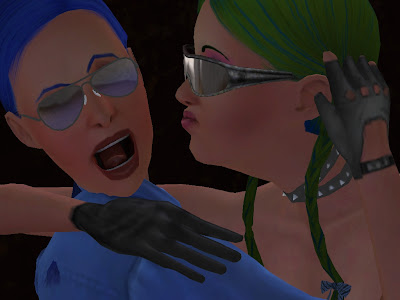 We drank way too much..... Some odd things happened, like dancing on counters and stripping... Stuff that heavily drunk people do. The most stupidest thing that happened was when everybody was passed out across the floor, except me and Calista.That was when we kissed... by accident. We ended up being the last ones passed out about five seconds later.... 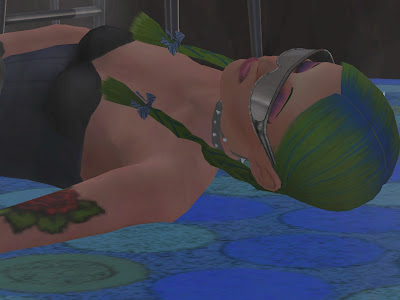 It was noon when I finally came to. When I got up, I noticed that I was covered in vomit. I ended up back on the floor because I got weak. "That must've been somee night...." Dawn moaned beside me. I finally got the strength to get back up. "I'll go wash off and get Draaier to take you guys home." I say. When I get out of the nice and hot shower, I dove into my pjamas and into my bed. I planned to sleep the whole day so I would be rested up and cured of this hangover for the weeding tomorrow.
"Wait..." I say, "The wedding is tomorrow ALREADY?!"
Posted by FluteLoops at 7:14 PM