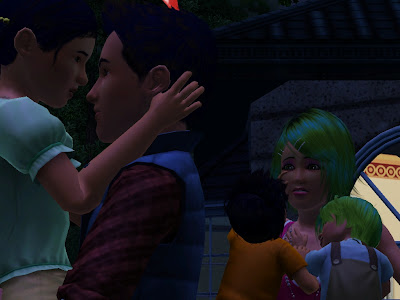 "DADDY! YOU'RE HOME!!" A flash of blue hair zoomed past me as I was carrying Buddy and ﻿Bear, with Fido clinging to my ankle. It was Masey running to Draaier after he got out of his car. "Hey, kid! How's my little girl?" He lifted her up into his arms. "We have a new horse, Daddy! Mommy named her Smiley." Draaier twirled Masey around. "Did you know that I was the one that gave Mommy Smiley?" She nodded her head. "Daddy...." Masey began, "Why aren't you married to Mommy? All of my friend's Daddies are married to their Mommies."

"Well," Daddy whispered into my ear "Wanna know a secret?" I smile, "What is it, Daddy! Tell me! I won't tell anyone." Daddy gave me his pinkie, "Do you pinkie promise not to tell anyone?" He asked. "I pinkie promise! Now, tell me!" "Well," Daddy leaned in closer, his voice becoming softer. "I'm not married to Mommy yet, but I will ask her after she has your 49th brother or sister." I smile as he puts me down. "Promise you won't tell anyone?" he asked. "I promise. Now lets go play in the pool with Denver, daddy!!" 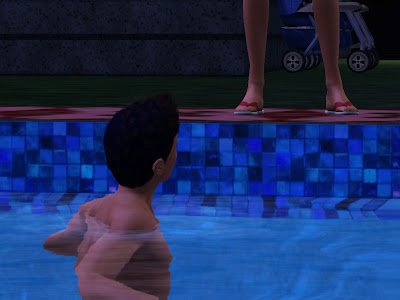 "Are you sure you don't want to come out and swim with us?" Draaier called from the pool. "I'm sure. I need to take care of the triplets." I head back inside and retreat to my bedroom, where I could get some peace and quiet from the kids and pets. 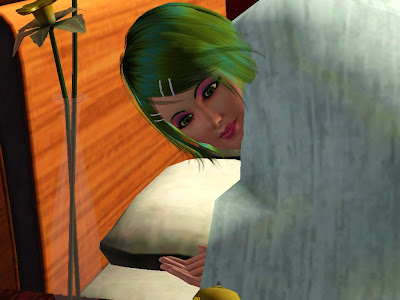 I spent a few hours in there thinking about what Kali had said, and the funeral. Then, there was a large knock on the door. "MOOOOMMM OPEN UP!" I sigh, "Come in, Bagel."  Bagel came inside my bedroom. 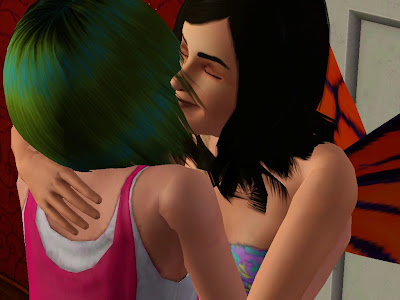 "I'm leaving now." she said, "I'm renting an apartment in town." I stand back up and walked over to Bagel. "Bye... My little girl. I wish you good luck." I pull her into a hug. "Thanks for being an awesome parent Mom." was the last thing she said before she left home. 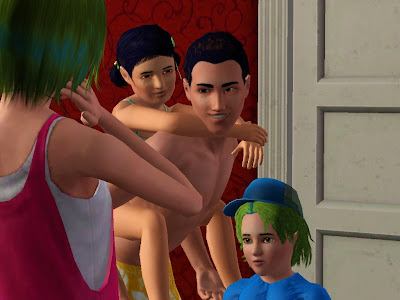 Not much later, Denver and Masey come in with their father, all wet, in their swimsuits, and laughing. I smile. "Kids, can I talk to your father for a minute?" They nod, and run off, "Lets play Cops and Robbers!" 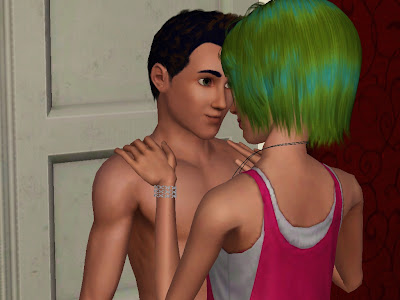 Draaier closes the door, "Why do you need to talk to me?" "Oh.." I put my hands on his shoulders, "I was wondering..... Are you ready for another child?" "Sure." he said "I guess we should try to finish your challenge as soon as possible! Your already almost halfway there!" I giggle, "I started in October, but you knew that. That was forever ago."

Baby 48 was soon conceived after that <3 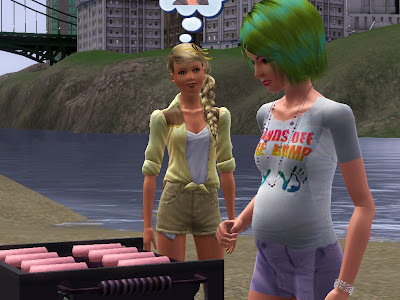 "But how is that exactly possible?" I say. "Well...." Kali began, "Mark is not actually your twin. He's a year older than us and you're older than me by 3 minutes.  After we were born, Mom immediantly put us up for adoption, but I was the only one that was adopted. I lived with my new parents in Hidden Springs until I was 20 so then I moved into a seperate house there. A year later, a rumor was going around that you were starting a 100 Baby Challenge, and that was when I went out to find you." I nod. "So, I guess we are twins, but we don't look alike!" Kali laughs, "So, you're pregnant again with more Draaier babies?" "Yea, I found out yesterday that we're having our second set of twins together. I'm going to pass by this challenge with flying colors." "Have you guys thought about marrige yet?" "No" I shake my head, "Draaier never popped the question. I bet he's planning to though." "With all of your kids you've had with him, I bet he will. I bet you feel ashamed when your accused by the town of having children out of wedlock." "I am. To be recognized at grocery stores, clubs, even libraries is humiliating." "Wow, that must be a lot to go through." 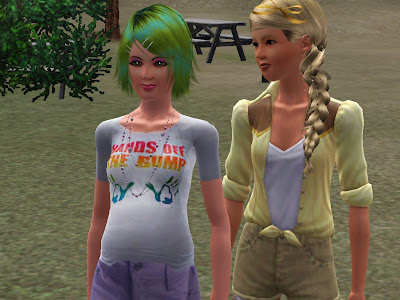 Suddenly, labor hit me like a stab in the butt, "Would you like to drive me to the hospital?" I ask. "Sure, you call Draaier." I later gave birth to two beautiful babies,

One more baby until I'm halfway there :)
Posted by FluteLoops at 9:09 AM