If you are 12 and under, please get a parent's permission before reading my blog. Thanks! 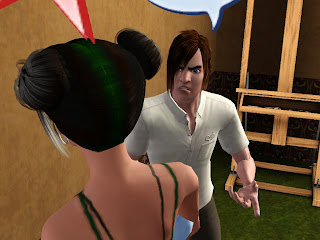 Later that day, Oliver came over to see Jacob. He scolded me about how he hated him, and never wants to be a part of Jacob's life! I didn't know that Oliver was so mean and rude on the inside! I guess he just hates kids...

I was mad, furious. I hated that baby so much! That baby might look sweet and tender, but he will really grow into a MONSTER! Seriously! 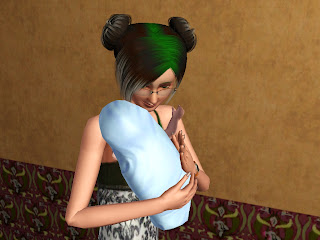 I told Oliver to get out of my face, and never, ever come back to my house again. Soon, Jacob was crying out his guts, so I comforted him, and I lied to him about how his father didn't really mean it. I couldn't understand what Oliver was saying. Jacob was not a monster, he was sweet and tender on the inside and out! 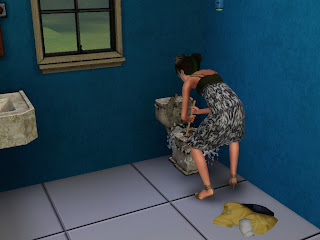 I decided to unclog the poopy toilet to get my mind off of Oliver, and how rude he was to Jacob. 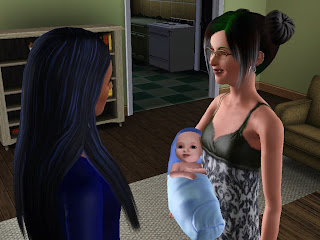 I came over with Jacob to Oliver's house that night (Bad idea, right?) because I heard he got two new roomates. I first met Dr. Blueflame, (thanks to Adari) and she was an awesome doctor! 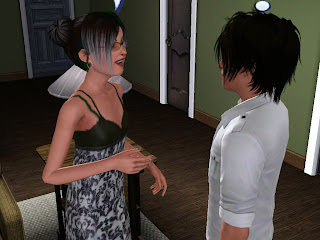 I then met Yuron Sierra, (thanks to Harmonysims) a baby of his Mum's own challenge. I thought Yuron would be a great father, and not end up like Oliver! 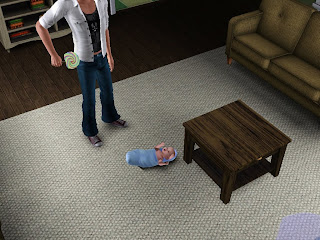 But, when I went to relax on their bed, Yuron stole Jacob's candy! Man, was Jacob mad! 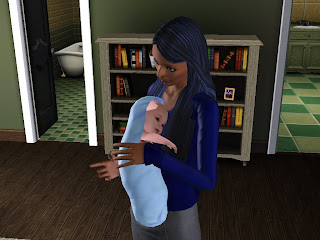 Luckily, Dr. Blueflame went to the rescue, and comforted Jacob. (She also bought him another lollipop!) Wow, she IS good with kids! 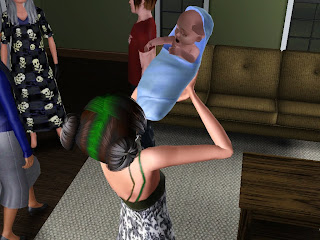 After Baby 2 was convinced, Yuron told me that Jacob pooed in his diaper, so I rushed as fast as I could to Jacob and change it! I said sorry to him, and then we left. 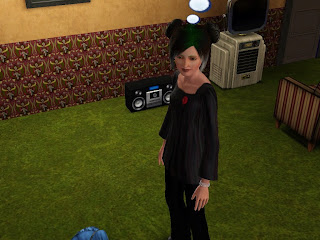 That night, Jacob wouldn't stop waking me up for everything, even just for a simple hug, he would cry his guts out! 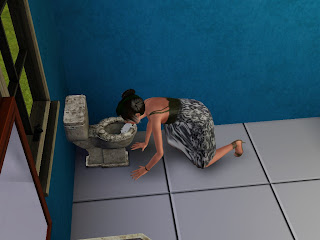 I started to feel sick, and I barfed 2 hours later. 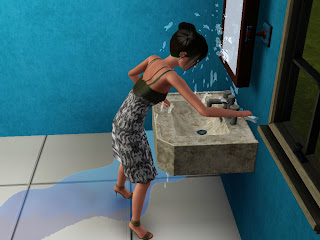 I decided that while I was still in the bathroom, I should fix the broken sink and mop up the water. 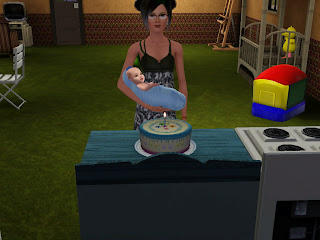 I gave Jacob a small birthday bash, and a nice cake. 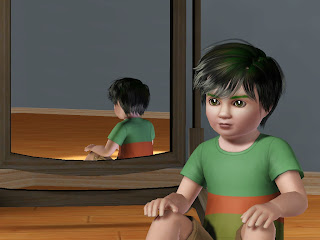 Baby 1, Jacob Bell inherited my hair color, and was very developed in hair, unlike most toddlers his age. 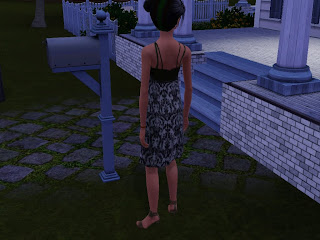 The next day, I started to feel funny, and my baby bump wasn't showing at all! I quickly went next door to Dr. Blueflame's house, and she told me that it was very likely a miscarrige. A miscarriage? No, it couldn't be! I cried my guts out, and pleaded with Yuron to try for another one. 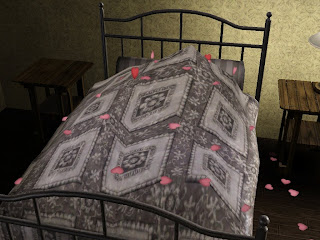 We tried and tried lots of times, and I didn't hear the lullaby! I hoped that it was just a longer developement.... 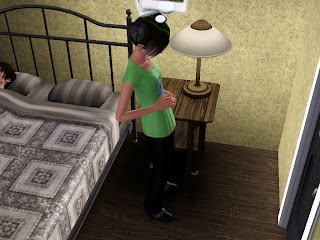 Boy, was I right! My baby bump started to show, and Dr. Blueflame told me that it was normal. I left to take care of Jacob. 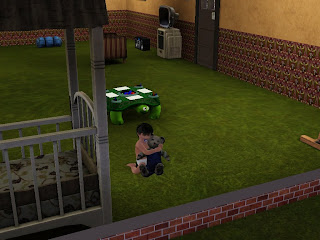 I saw Jacob playing with my childhood teddy bear, Snuggles. Yeah, Snuggles' fur is faded, and has some dust on it, but that still doesn't mean that he can't be loved! 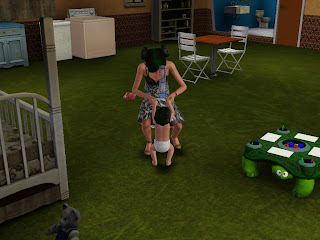 I taught Jacob to walk, because it was essential. 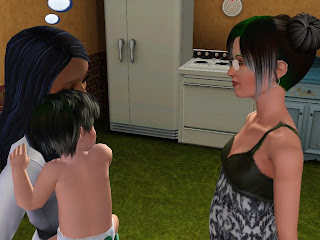 Dr. Blueflame came over, and told me that my baby was going to be another boy... 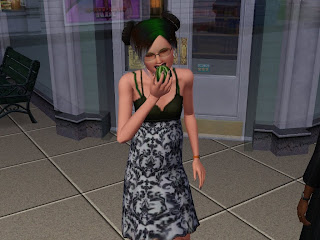 ...So I grabbed 3 watermelons to eat for a girl! 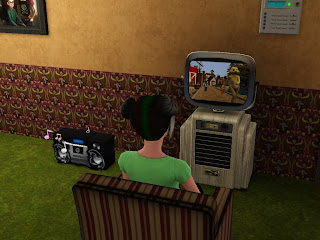 I also decided to try for multigender twins. 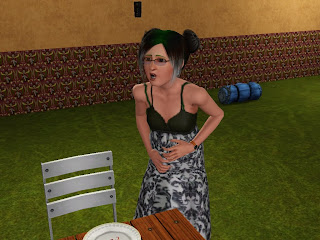 In a few hours, contractions came! I quickly called a cab to take me to the hospital. 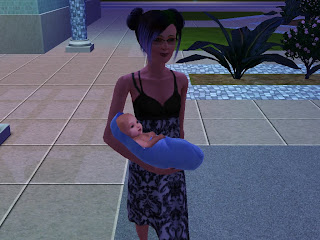 Even though I ate 3 watermelons and watched/listened to the kid's stuff, I still got a single baby boy! (Rare?) Anyways, this is Baby 2, Jasper Bell!

Stay tuned in for Baby 3! Hopefully next time, it's a girl!